I put it off for months.

But finally, I gave in and purchased a new phone. Can, or should we try to keep up with the latest technology?  I’m old school and thought that a phone only needs to do one  thing, make a phone call.  I barely used the camera on my last three hand me down phones and I never used the video.  After all I had a camera to take pictures.  I also had a camcorder gathering dust in the closet that was the size of a loaf of bread that still had a lot of use left in it.    For a whole week while  traveling on business in Indiana in early April  I was without a cell phone.

Can you imagine that?  I went to the Verizon store and was told that they did not make the battery anymore for my Blackberry model and I should just upgrade.  (BTW. I did not have a data plan so I was still using it as a simple phone.)   I declined and went another week without a phone.  Surely I could find a battery somewhere, perhaps on Ebay.  The phone had a lot more life in it.  I couldn’t just throw it away, could I? 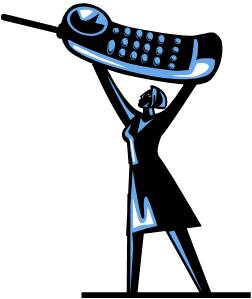 Why was I not embracing change like everyone else?

Blame in on Annie Leonard and her forcefully compelling ‘Story of Stuff.’    http://www.storyofstuff.com/ Her cartoon explanation of how we are scared, seduced, and misled into buying stuff that we don’t need really got me to thinking about social responsibility.  I also didn’t want to become a droid and mindlessly give into the corporate scheme of planned or perceived obsolesence that was destroying our planet.

Now, when it comes to the latest software, I’m careful to make sure I get the latest, but I was still holding out on the phone.  Secretly I didn’t want anything that would keep me on the phone any longer than I already was.  I was resenting the fact that people were communicating less face to face and spending more time texting, gaming, social networking, or just playing on the phone.

There is an app for everything.    I had privately scoffed at people who seemed glued to their phones ignoring the people who were right in front of them. I was also highly concerned about the EMF rays.  I’d read reports about cell phone radiation weakening bones, affecting sperm quality, links to brain cancer… click to continue.  http://wp.me/ppImQ-oa

Barbara Talley is a keynote speaker, author of six books, and trainer on value-based living themes.  She also offers Effective Communication, Diversity, Leadership, Time Management, and Goal Setting workshops.  Visit her at www.thepoetspeaks.com or contact her at 301-428-4831.  You may email her at Barbara@ThePoetSpeaks.com