“When the student is ready, the teacher appears.”

Life is abundant. There is enough of everything to go around. We don’t need to compete; we need only to realize that we are all connected, to collaborate, and to care about each other. This is what we call service. When we serve others, our blessings naturally flow. The more you give, the more you get! The greatest lie is that we are separate and need to battle or vie against each other to get our piece of a shrinking pie. The universe does not know limitation or lack; we create that reality of limitation in our own minds. It is that limiting perception that limits us because what we believe is what we ultimately get!

First of all where you are is where you need to be at this moment. All of your past life experiences brought you here. Everything you and I need to get to where we want to ultimately be is already here. When we focus on it with unwavering faith, we cause it to manifest. The reality is that your faith, belief, and expectations largely determine what you actually see. The mind and its tools of perception are designed to filter out and show you only what you believe, focus on, and think about. That means that just because you don’t see it, doesn’t mean that it is not there!  And more importantly, it means that if you want something to manifest, focus your thoughts on what you WANT and not on what you don’t want.  When you learn to consistently focus on what you want, you will attract into your being everything you are destined to manifest. Remember, Lessons are around every corner. However, you may have to pass through a lesson first. So, don’t avoid the lessons because they lead to you to your blessings!

Imagine not being able to take off a sick day, a mental health day to care for loved ones, or even a day to repair a major appliance WITHOUT GOING INTO DEBT! A new study released this week by a leading economic research group highlighted some startling statistics.  Single black women between the ages of 39 and 46 had a median wealth net worth of only $5.00.  Yes you heard me right, only $5.00!! Five dollars, Just enough to buy a $5 footlong. #SMH. At the same time single white women of the same age had a net worth of $42,600 (which is still only 61 percent of their single white male counterparts).

Poverty at any age is a problem, but imagine being in poverty in the prime of your life.  How does that bode for one’s future?  Put simply, “If people are struggling to survive and have no wealth when they are most vibrant, healthy, and marketable, what’s going to happen to them when they age, have health problems, are laid off, have to take off to care for aging loved ones, or are discriminated against in the marketplace because of age? Consider that the average nursing home stay is over $83,000!  What can you do?

Wealth, or net worth, measures the total of one’s assets — cash in the bank, stocks, bonds and real estate; minus debts — home mortgages, auto loans, credit cards and student loans. The most recent financial data was collected before the economic downturn, so the current numbers likely are worse now than at the time of the study. Source Financial Juneteeth

Did you read that carefully, “The current numbers are likely to be worse now than at the time of the study!”  Worse than having a net worth of five dollars? The article challenges the myth that black women just spend more, explaining that the rising cost of living, lower wages, and being victims of subprime mortgages (paying up to 5x more) are major contributors.  Add to high credit card debt which stems from using borrowed credit for present day survival and emergencies and you’ve got the crisis you see unfolding.

This was even shocking to Meizhu Lui, director of the Closing the Gap Initiative based in Oakland, Calif., who contributed to the report “Lifting as We Climb: Women of Color, Wealth and America’s Future, “Even for those of us who have been looking at the wealth gap for a while, we were shocked and amazed at how little women of color have.”  Researchers at the Insight Center for Community Economic Development, based in Oakland, Calif., analyzed data from the 2007 Survey of Consumer Finances, and reported in Financial Juneteeth.  Consider these sobering remarks of Democratic Whip, Steny Hoya, addressing the ‘2014 Color of Wealth Summit’ hosted by the Center for Global Policy Solutions and the Insight Center for Community Economic Development

“According to a study last February by the Institute on Assets and Social Policy, which tracked the same set of families over a twenty-five year period, the wealth gap between white and African-American households nearly tripled.”While the median wealth of white families nationally was $113,149 that year, it was only $5,677 for African-American families and $6,325 for Latino families.”White Americans own homes at a rate 28.4% higher than African-Americans. While white households lost 12% of their wealth during the recession, Latino households lost a staggering 67%. 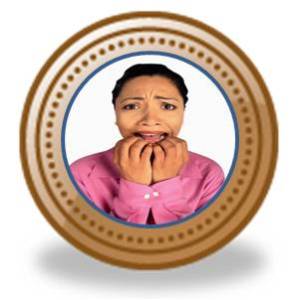 This is 2014, I celebrate 27 years of being in business for myself.  In this series I share twelve  tips on how to not be afraid to go into business.  The first four are: Facing Fear, Having A Compelling Why?, Opportunity, and Timing.

I’m Barbara Talley, The Poet who speaks and inspires.   To find more about me, check out my promo sheet or visit  my website.

I hadn’t had a phone in a month, and at the time of writing this, I still don’t have a working phone.  And,  yet I hugged the service rep at least four times happily.  How is this possible?  For those of you that can’t live without your phones for a day, you’re probably confused by my response. Companies spend millions on customer service training and yet, every one of us probably has our own list of horrible customer service stories. My worst, up until this recent one with my phone company had been with an American Airlines employee for treating me so horribly (when I was pregnant) prior to a flight.  It was so bad that I’ve avoided that airline for years. The second worst, was with Dell for a problem with my laptop.  But the winner, by a mile, is Verizon Wireless.  I cannot believe their lack of attention to customer service.  From the long wait time on the phone, to the refusal to get back to customers who have been waiting for days for a response when they’ve promised them a resolution, to the insensitivity to the customer’s plight in the Verizon ‘Authorized Dealer’ stores. Have you ever been so frustrated that all you could do was scream or cry???  Well that’s how I’ve felt over the past month because I have not been able to use my cellphone.  To read the gory details, check out my past article, Phone Nightmares: It Was the Worst of Service. 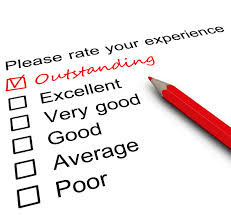 So, you’re probably wondering about the title of this post?  No, it isn’t an error. It just shows how one person can make a difference.  I’d been without my phone for a month and went into the Verizon Wireless Authorized Dealer yesterday to get some service on my phone that I’d pick up one week earlier. Unfortunately, I hadn’t realized until I got home, that the phone could not make or receive calls. I had submitted a ticket to Verizon Wireless over the phone  four days prior and they not only hadn’t fixed the issue but they hadn’t even responded with an update. So, I decided to wait a few extra days to go into the store on Sunday to interact with the salesperson, Roxie, who had given me the phone.  She was pleasant as I poured out my problem as I explained how Verizon had promised to take care of my problem, but hadn’t.  She got on the phone and spent an hour trying to resolve my issue and get me a working phone. However time was running out. I had to leave and the process would take an additional two hours to complete and resolve.  To compound the issue, the store would be closing at 5pm, less than an hour away. 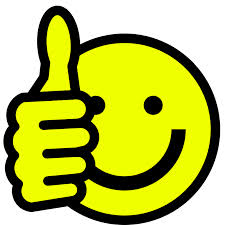 This is where the amazing service kicks in.  Roxie really understood my dilemma and owned it with me.  She offered to stay the two hours, past her shift and get my phone working.  NOW HEAR THIS, she then offered to bring my phone to me at my home afterwards. Imagine the scenario; I was distraught as could be but then she offered to do something so kind and generous. Now, I don’t really know her and was wondering for a moment if I should leave the store without any phone at all.  Since she only works  on Sundays, if she doesn’t follow through,  I’d have to go another week without any resolution.  But, I decide to trust her.  Turns out that she is trustworthy. She was honest to her word. She stayed in the store until 7pm, got my old phone to working, and then delivered it to my home.  I’ve never witnessed such customer service like this. She renewed my faith at a time when I had lost all hope of getting a phone.

Now the irony is that when I tried to charge the phone this morning, I realized that the charger doesn’t work and I am still without a phone, but somehow I’m okay.  It was that unexpected act of kindness that changed everything.  Thank you Roxie!  You made my day!  Here are few things she did and did extremely well:

I know that this is an anomaly! But, I believe that we also create or attract people and events into our reality.  My next post will explain what I was doing to attract this goodness into my life.  Not only was I consciously praying, I was doing something else I’d just learned about. It amazed me when I heard about it and astounded me when it actually worked! I’ll share in my next post this incredible finding.

Barbara Talley
with Another Message That Matters

Who’s got your back, for sure?  AND, whose back do you have?  We are all connected and there is power in unity. We were designed to be there for each other and not just for self. Are you honest, loyal, and trustworthy to those people who rely on you (and to everyone else for that matter)? There is a logical reason beyond the obvious for developing qualities of honesty, trustworthiness, and loyalty. When we are habitually faithful in these virtues, we are sending out powerful loving energy to the universe and attracting back to us the kinds of people with similar virtues as us.

Remember, you attract not what you want, but WHAT YOU ARE.

Everyone needs someone who they can rely on and trust wholeheartedly to be there through thick and thin.  That’s what true friends and family are for.

If you can’t trust the people who say they are behind you, first check to make sure that you have been loyal to them as well. If you have, and the relationship isn’t reciprocal, then perhaps you need to find those who will have your back. Life is way to short to spend it with people who bring no value to your life and don’t value you enough to give the kind of loyal relationships you deserve.  Just something to think about!

Another message that matters from Barbara Talley.