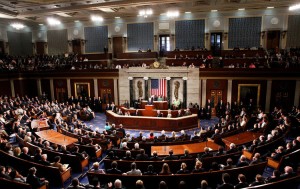 It could be better, a whole lot better if you’re looking at the Senate.  There are zero African-Americans in the United States Senate.  In our entire history there have been only five elected, and one appointed, for a total of six. There are many theories as to why African Americans have not gotten into the upper chambers.

It could be worse, a lot worse.  There is a record number 44 African-American members of the House of Representatives up from 42 in the 113th Congress.  As for power in a majority Republican House, the African-American House members who are majority Democratic lost three full committee chairmanships and over a dozen  sub-committee chairmanships. So to sum it up, if you’re looking at the Senate, it is dismal and downright depressing with zero. But, if you’re looking at the Congress as a whole, we’re making progress as a nation.  No matter how you look at it there’s still more work to do to achieve equality.

I’m Barbara Talley,  The Poet who speaks and inspires.   To find more about me, check out my promo sheet or visit  my website.